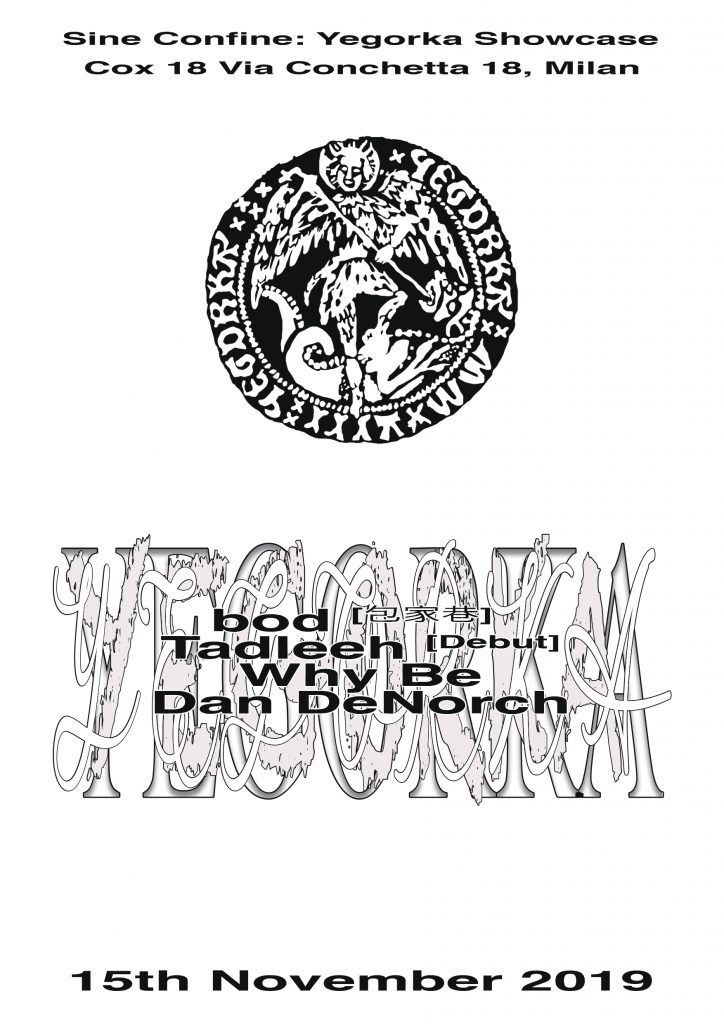 Audiovisual artist from Tucson and based in Berlin who has released on Quantum Natives, Knives, Danse Noire, and most recently Yegorka. Their work functions as Trojan Horse for time and emotion: a guided practice with increasing complexity from soothing abstractions to clear moments of terror.

‘Ego Will Collapse by Tadleeh is Yegorka’s latest release. The first EP of a nascent project by musician Hazina Francia, this record is a feat of complex and emotional confession. Six distinct tracks sustain a motif of chaos and disorder, a loss of balance and reason; of love destroying a heart from within. Raw dark reminder, soaring red out of a void, Tadleeh moves with paced and firm urgency, her record a rhythmed account of pain and transformation. Despite drawing from a variety of the artist’s cultural heritages and extending from her previous work, Ego Will Collapse rings true unto itself, a denuded release.’